So last week brought some exciting changes for Laney (and all of us really). On Monday we took down her crib and put up her "big girl" toddler bed. And the next day, we took away her binky for good, and her bottle at bed time that she still had. Yep, cold turkey. It was over due.
It has actually gone so much better than I expected and it could have been so much worse. She had never even tried to get out of her crib, which is odd because she is a monkey everywhere else.
It was an adjustment, but she has done really well with it. I tell her it is time for bed and she whines a bit, but I just pick her up, put her in her bed and say goodnight. Some nights she whines a little bit, but within a few minutes she is quiet and we don't hear another peep out of her! That is amazing!! And she hasn't even mentioned her binky or bottle since the first day or two. So obviously she was ready- it was just a matter of me bucking up and doing it. :)
Now if I could just get her to check out the potty...
Posted by Corina at 10:59 AM 0 comments

This past weekend was Boat Race Weekend in the Tri-Cities. This has become an annual trip for Craig and I. Last year and this year we have stayed with our friends GR & Jenn that live in Kennewick. Its been a nice time to catch up, hang out and see some hydros! This year was especially nice as we were able to meet the 2 new additions to their family- a new puppy Lola and their son Ace. :) I was a big time slacker with pictures this weekend, I am pretty sure I was just preoccupied enjoying my kid free adult time! So there are only a few pictures....
Craig and I enjoying "Rum Barrels" at the Cedar restaurant on the Columbia River. 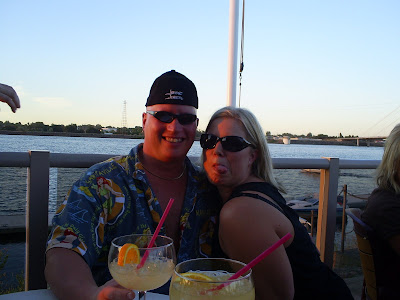 The sun setting over the Columbia. Taken from the patio at the Cedar. 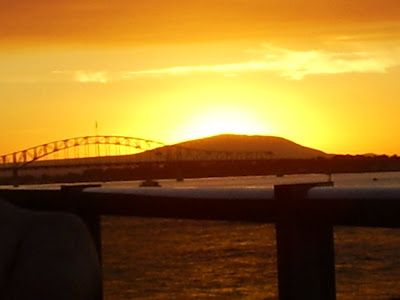 We were closer to the boats this year than we have ever been! It was almost scary how close we were... 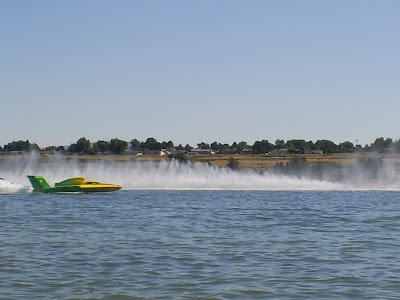 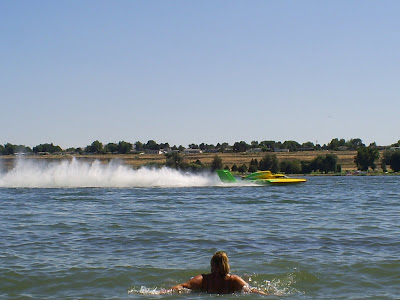 Laci, GR and Tyler enjoying the sun and boats... 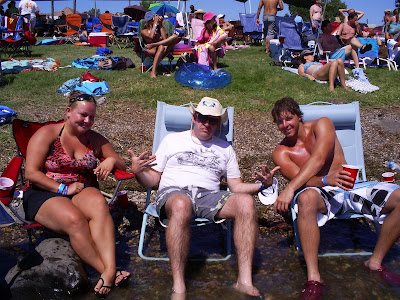 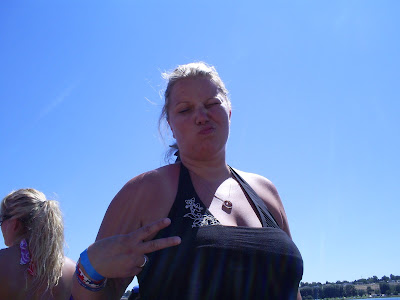 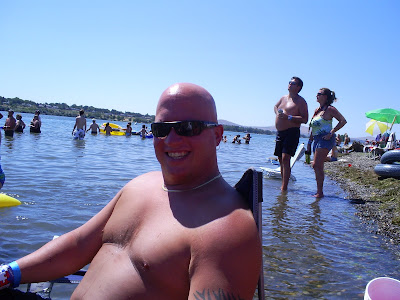 I'm behind. again. Please forgive me. I know a lot of you have been waiting for new pictures. Sorry!! So here are lots of pictures from our overnight trip to the Ocean at Ocean Shores, WA on July 14. Craig, I, Cortney, Ashlyne and Delaney went.
The girls playing in the sand with brand new sand toys! 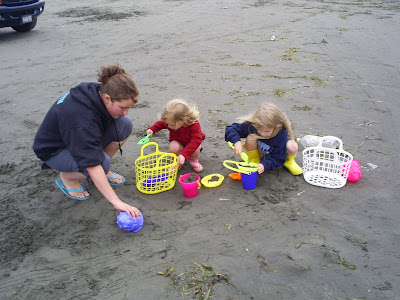 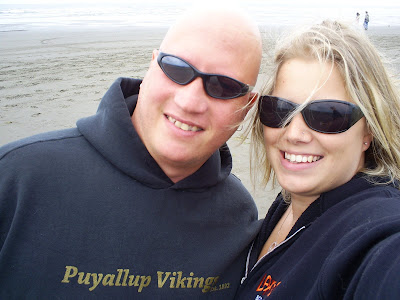 Cortney and Dad and Mom 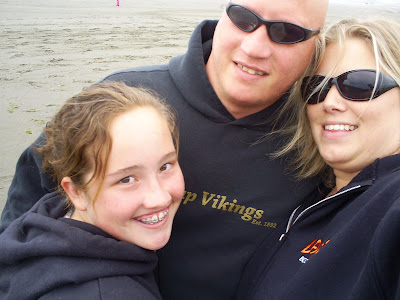 Laney was loving the sand! 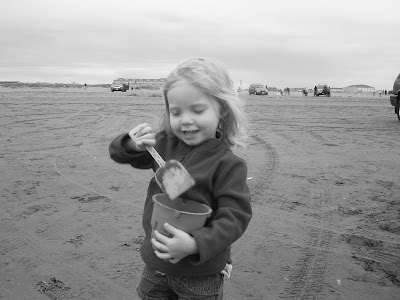 The wind blowing in her hair... 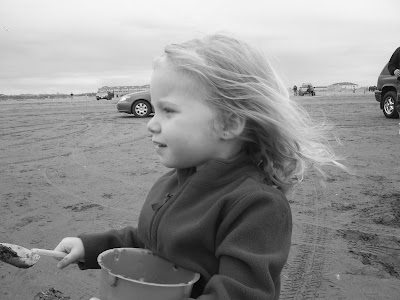 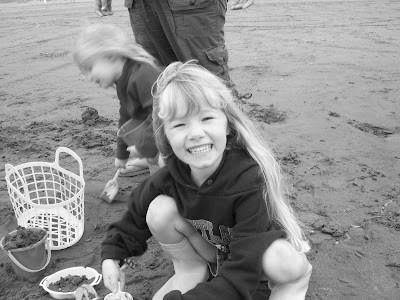 Cortney striking a pose for me.. 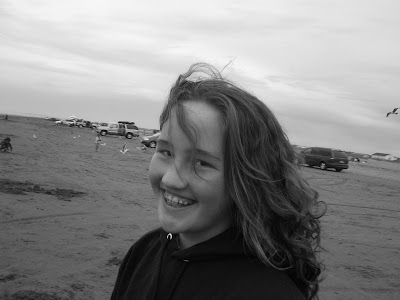 This one is kind of blurry, but it captured a funny moment. Laney saw seagulls land on the sand right by here and she was cracking up!! 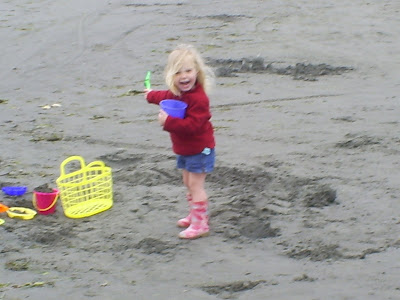 The water didn't feel that bad actually. The weather was a bit weird, rained a little, but muggy and warm... 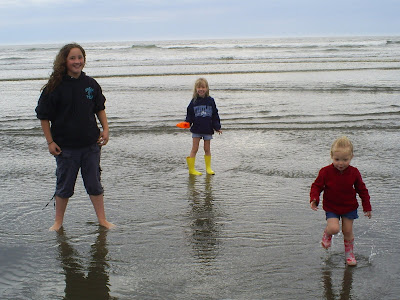 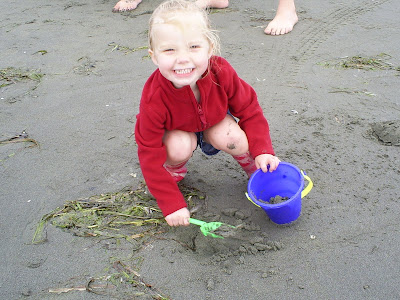 Cortney wrote "Craig+Corina='heart'" in the sand. 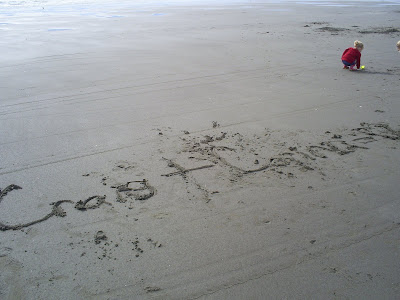 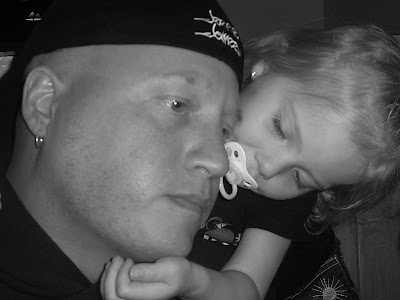 Corina
I'm a mom to 6 beautiful daughters and 1 soldier son. Wife to 1 amazing husband. I am always on the go and coffee is my lifeline. I'm also a part time Barista, how convenient. Welcome to my "crazy, tragic,sometimes almost magic,awful, beautful life."